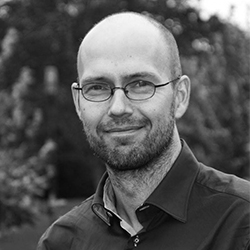 Using the internet to provide CBT

Internet-delivered CBT (ICBT) is a treatment format which dates back to the late 1990’s. Since then there has been an extensive research activity, and there are now well above 200 controlled trials in which ICBT has been tested for various conditions for which face-to-face CBT has been found to be effective. An increasing number of comparative trials on anxiety disorders such as panic disorder, major depression and somatic conditions such as tinnitus effects have compared ICBT with face-to-face CBT. Effect sizes for ICBT have been well within the range of face-to-face CBT with the exception of unguided programs (e.g., not even minimal therapist contact), which usually, but not always, result in smaller effects. Most likely Internet treatment studies will gradually increase in number and there is now a tendency that novel treatment methods are tested in Internet trials soon after that they have been developed, and that new treatment therapies will even be developed directly for use with the Internet. Since controlled trials on ICBT are more easy to conduct than time - and resource consuming clinical trials, it is possible that ICBT can help move the field of CBT forward more rapidly, for example by conducting dismantling studies. One aspect that the Internet has added to the CBT field is the use of online questionnaires, and research has consistently shown that this administration format is feasible and works as well as paper-and-pencil questionnaires. Studies on guided ICBT may reveal that previously less well known factors may be important for treatment adherence, such as the importance of having a deadline for completing treatment following which an interview is made. Implications and potential risks of ICBT will be further discussed in the talk. A projection into the future is that ICBT will become integrated with other services in a clinician’s tool box. In the workshop practical examples will be provided including screenshots and display of a treatment system. Key learning objectives are:

• Understanding the varieties of Internet treatments and their differential effects

• Knowing what is required in terms of therapist training and skills.

• Learning about the pros and cons of Internet treatment including tailoring treatment according to patient symptom profile.

Using the internet to provide CBT

Internet interventions have been around now for about 20 years. While the field still suffers from a scattered terminology a dramatic number of programs and studies now exist. In the present talk I will present an overview of our experiences of studying internet-supported cognitive-behavior therapy (ICBT), but also other approaches including the use of smartphones. Four questions will be adressed. What are the effects for different conditions?, Can ICBT be as effective as face-to-face therapy?, What are the long-term effects?, and does this treatment format work in real life? The talk will end with a discussion about future directions and how we can disseminate internet interventions further.