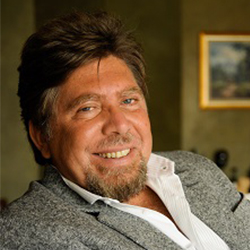 Mehmet Z. Sungur received training in cognitive behaviour therapy (CBT), sexual and marital therapies at the Institute of Psychiatry, Maudsley and Bethlem Royal Hospitals in London. He was accredited as a cognitive behaviour therapist by the UK Council of Psychotherapy and British Association of Behavioural and Cognitive Psychotherapy (BABCP). He is also certified as a cognitive therapist and supervisor by the Academy of Cognitive Therapy (ACT). He is a board member and has been elected as the next president of the International Association for Cognitive Psychotherapy (IACP). He is one of the past presidents of the European Association for Behavioural and Cognitive Therapy (EABCT).

Mehmet Z. Sungur's clinical practice covers a wide range of clinical syndromes with a special emphasis on cognitive behavioural treatment of anxiety disorders, depression, schizophrenia, posttraumatic stress disorder and sexual and marital problems. He published numerous articles in national and international scientific journals and presented workshops and keynotes in hundreds of national and international congresses. He played a leading role in the dissemination of the practice of CBT and sex therapy in Turkey. He established the Turkish Association of Cognitive and Behaviour Therapy (TACBT) in 1995 and is the chairman of this association since its establishment. He is also a founder of Sexual Education, Treatment and Research Association (CETAD) and organised numerous national and international meetings on the assessment and treatment of sexual problems in Turkey and elsewhere. He is also World Sexual Health Day Country Coordinator of Turkey appointed by WAS.

Mehmet Z. Sungur has received some national and international awards, the first one being "Schizophrenia Reintegration Award” and the recent one being "Gold Medal from European Federation of Sexology” which was presented to him at the 16th Congress of the European Society of Sexual Medicine (ESSM) joint by 12th Congress of European Federation of Sexology (EFS) in january 2014. He also received "Julia Heiman Honorary Award" and recently "Lo Piccolo Award" for his contributions in the area of sex therapy. He has published more than 100 papers mainly about Cognitive Behaviour Therapy and sexual disorders. He has also written books and book chapters mainly about CBT

Apart from BABCP, EABCT, TACBT, IACP Mehmet Z. Sungur is also a Diplomate, and Founding Fellow of Academy of Cognitive Therapy (ACT), a certified supervisor from ACT, member of Association of European Psychiatrists (AEP), American Psychiatric Association (APA), and Turkish Psychiatry Association (TPA). He is the past coordinator of the CBT and Couple therapy Task Force groups of Turkish Psychiatry Association and he is currently the coordinator of the Couple and Family Therapy Task Force of the Turkish Psychiatry Association. He is on the advisory and/or editorial board of many national and international journals including Behavioural and Cognitive Psychotherapy (an international multidisciplinary journal) Sexual and Relationship Therapy (journal of the British Association for Sexual and Marital Therapy), Journal of Sex & Marital Therapy, Clinical Psychotherapy: Science and Practice, Cognitive Therapy and Research, Journal of Rational-Emotive and Cognitive-Behavior Therapy, Journal of Child and Adolescent Mental Health and more than 10 journals published in Turkey. He is the co-editor of the Journal of Contemporary Behavioural Health Care. He was a member of the task force on certification and accreditation of Cognitive and Behavioural Therapists in Europe (EABCT certification and accreditation task force). He is also a member of the task force of EABCT on Common Language in Psychotherapy'.

Mehmet Z. Sungur has currently committed himself to the training of mental health professionals in clinical applications of CBT and sex therapy both in Turkey and abroad. He has been the president of 7 international and many national congresses about CBT and sex therapy. He is running training courses and certified CBT training programmes for a large number of mental health professionals in Turkey and abroad.  He has run many workshops and has given keynotes and lectures in UK, Denmark, USA, Serbia, Bulgaria, Macedonia, Spain, Poland, USA, Greece, Malaysia, Ireland, Japan, Germany, Malta, Hong Kong, France, Egypt, Portugal, Italy, Lithuania, Cuba and many other countries related to CBT and especially on sexual and marital problems.

One of every two to three marriages end up in divorce and many other negative consequences emerge following an unsuccessful marriage. This presentation will start by discussing the reasons why people insist to marry despite the high (45-50%) divorce rate and some catastrophic outcomes following unhappy marriages and divorce. Surprisingly, despite the trauma of divorce, the majority will choose to repeat the experience as the breakdown is seen as the other partner’s fault.The presentation will carry on by discussing whether the problem in a failing relationship is really the problematic partner and what makes the distinction between happy (successful) and unhappy marriages.

In cognitive behavioural systems approach the therapist attempts to reframe the problem as a result of interaction between the partners rather than arising from one of the partners. This is to shift the couple’s thinking from the illness model to the interactional model. In this approach, the focus of therapist attention is the relationship rather than the individual and thus communication training reciprocal negotiation and mutual problem solving become very important components of treatment. The workshop will progress by explaining how the therapist may at one moment be working behaviourally trying to help the couple solve their problem directly or working at a cognitive level to teach couple to identify automatic thoughts and distorted thinking and be working on a systematic level to explain their lack of co-operation and progress.

Different types of couple problems demand different therapeutic skills and responses. Whatever treatment approach is used, a good assessment and formulation is of great importance for a successful intervention, particularly in those couples presenting with relationship and sexual problems. Making conceptualizations, setting targets and homework assignments with the couple will also be discussed. It is generally considered inappropriate to offer sex therapy to couples with relationship problems, on the assumption that treatment is most likely to fail or remain uncompleted. However, some therapists question the validity of withholding sex therapy where relationship distress is present especially if the sexual dysfunction produces the secondary marital discord. The workshop will discuss the advantages of a combined sexual and couple therapy approach.

İnfidelity: Is it possible to rebuild trust following infidelity?

Being unfaithful is a choice people make and deception comes as the consequence following infidelity. Most of the spouses perceive infidelity as a major threat to the continuation of the relationship and report that their marriage would be over if they ever face infidelity. However, in real life a considerable amount of couples continue their marriage despite the affair. Can these couples rebuilt trust and intimacy following the trauma of the infidelity. The answer depends on the perception of the affair both by the injured and participating (the one who was unfaithful) partners and how they manage the stages following the discovery of the affair.

This keynote will be a presentation to address the stages that the couple are likely to go through if they choose to stay together despite the pain of infidelity. Rebuilding intimacy and trust is a painful path that requires to pass through three stages. The initial stage is about the steps to be taken to cope with the crises that emerges immediately after the discovery of the affair. The second stage is giving a meaning to the affair to improve understanding that made the relationship vulnerable to infidelity and the final stage is how to move forward to get beyond the hurt to rebuild trust again.