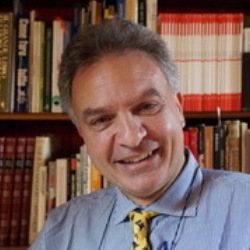 Professor of Psychotherapy at University of Bologna. CBT Supervisor and Teacher. EMDR Therapist and Supervisor. Chief of the Psychotherapy Program and the Neurocogntive rehabilitation Program in Schizophrenia at the Department of Mental Health in Pollena ( Naples, Italy). Author of the first Italian randomized controlled trial on cognitive behavior therapy in schizoprenia and of a validation of (DV-SA) a self-administered questionnaire about delusions and hallucinations.

An Integrated CBT treatment for psychosis: Strategies to optimize the treatment and mistakes to avoid

The psychosis therapy has undergone several changes in recent years.

From an initial work on skills, to the strengthening of problem solving skills and information processing until a new way of managing the symptoms.

Third-generation therapies and the identification of metacognitive deficits also enabled us to enhance and improve the standard CBT approach to the treatment of this disease.

However, in clinical practice, the presence of therapeutic errors that often represent one of the causes of failure of therapies and drop-out by patients ,is still rather frequent.

In fact, there are several elements that can influence the course of therapy, such as:

The overcoming of prejudices about the nature of the pathology, the greater or lesser timeliness of the intervention, the appropriate use of pharmacological therapies, the assumptions on which to base the therapeutic alliance, the greater or smaller sharing of the objectives to be achieved, the target of therapeutic intervention, the possibility or not to include patients in structured and integrated protocols, the choice of the individual or group setting, etc.

In this workshop these issues will be discussed  in order to provide indications that can be of help in the clinical practice of the therapist.

The Problem of Traumatic Psychosis: A clinical case of  a CBT and EMDR Integrated Treatment

In the brains of young adults mistreated or neglected in childhood, it is possible to observe specific changes in key regions both inside and adjacent to the hippocampus. These changes can make subjects much more vulnerable to the onset of depression, PTSD and addictions (Martin Teicher, 2013).

In literature, the causal relationship between trauma and psychotic symptoms is well known.  In particular, auditory hallucinations - both in psychotic patients and in the general population - are associated with traumatic experiences. About 70% of adults who hear voices refer that they appeared after a trauma or highly emotional event (Romme, 1989; Honig, 1998; Simon McCarthy, Longden, 2015).

Although the psychotic disorder is often accompanied by at least one other disorder, comorbidity is diagnosed very rarely.

As a result, the role of trauma in psychotic symptoms and post-traumatic stress disorder (PTSD) that may follow often are not recognized (Miriam J. J. Lommen Æ Kathleen Restifo 2009). Despite this, there are several studies that highlight the correlation between trauma ( especially determined by a sexual abuse) and the risk of developing psychosis.

According to the international guidelines both TCC and EMDR there are two therapeutic approaches indicated for the treatment of trauma (Sarin, 2011; Kumari, 2011; Turner 2014).

Nowadays, the EMDR represents a new development in psychotherapy linked to information processing based on a physiological process (Pagani, 2012).

There are currently some anecdotal cases and pilot studies that would support the efficacy of EMDR even in patients with psychoses previously exposed to traumatic events (Van der Berg, 2012).

In this K-note a clinical case of a patient suffering from paranoid psychosis will be presented and exposed in the past to unresolved trauma, which has been treated with TCC and EMDR.