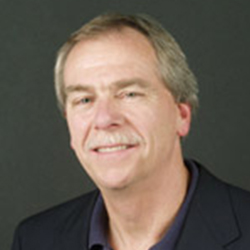 Gertrude Conaway Vanderbilt Professor of Psychology Professor of Psychology and Human Development Professor of Psychiatry Hollon's primary interest lies in the etiology and treatment of depression in adults. His work extends from basic psychopathology to prevention and treatment. He is particularly interested in the relative contribution of cognitive and biological processes to depression, and how the relative efficacies of psychosocial versus pharmacological interventions compare. A current interest is the prevention of depression, both with respect to its initial onset and subsequent recurrence following successful treatment.

Is Cognitive Therapy Enduring or is Antidepressant Mediation Iatrogenic?

Cognitive Therapy for Depression: From Behavior to Insight and Back Again

Cognitive therapy for depression is a cognitive-behavioral-affective intervention that encourages patients to use their own behaviors to test the accuracy of their beliefs in the service of resolving their affective distress. The original 1970’s version focused almost exclusively on current life situations with attention to early life antecedents only once the patient was largely asymptomatic and the treatment process only if something were going wrong. The 1990’s extension to chronic depression and depressions superimposed on underlying personality disorders (sometimes known as schema therapy) incorporated the notion of a “three-legged stool”; each current life situation was examined with respect to childhood antecedents (how the core beliefs developed) and the therapeutic relationship (how the patient thought and felt about the therapist). The operative notion is that more complicated patients only have one way of looking at the world and tend to use compensatory strategies (safety behaviors) that “rub other people the wrong way”. The notion is to use the treatment process to help the patient learn to drop his or her safety behaviors so as to test the underlying core beliefs. Two patients, one relatively straightforward and the other quite complex, are used to highlight the similarities and differences between these approaches.